So I'm doing my 12th 12 of 12. 12 pictures taken on the 12th of the month. Since I only post once per day, you get my images the following day. All pictures taken with my iPhone. Click images to enlarge, if you choose. 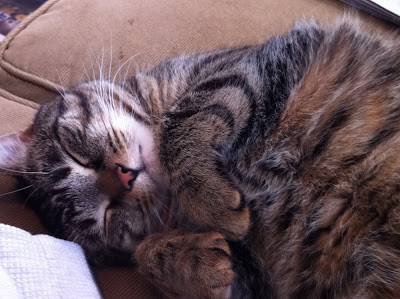 07:10. After a long hard night of sleeping, Stripey McBrownerson Sophie needed a nap. She really is an explosion of colour. ....the browns, the greys, the blacks and whites....and that terracotta nose. 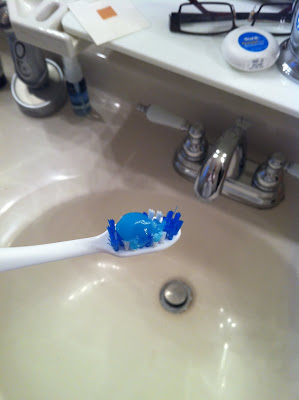 08:00. Post-breakfast / Pre-gym tooth brushing. I think the dentist gave me a pediatric brush during my last visit. I gotta pitch it. 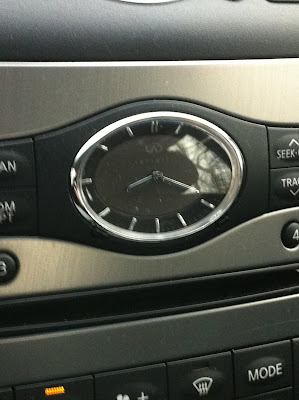 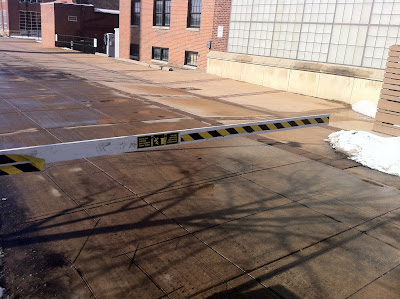 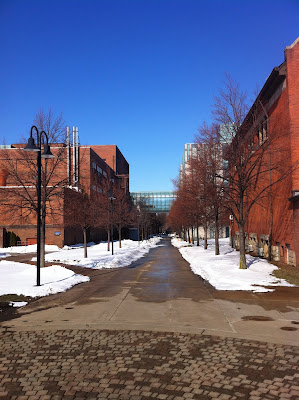 11:07. A walkway between my gym and some building on Case Western's campus. I liked the color of the brick(s) and the light to darker tone of the blue sky. 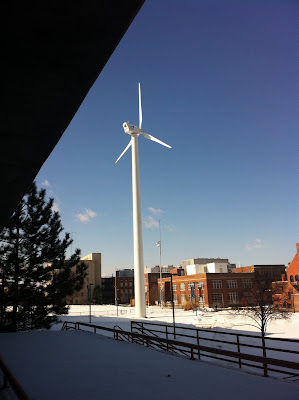 11:11. CWRU's wind turbine. Taken from the parking deck next to the gym. 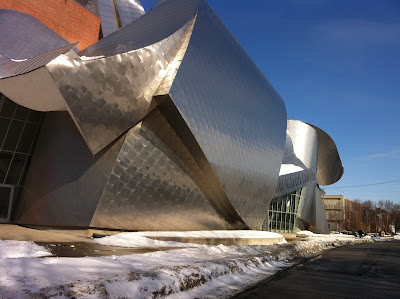 11:30. The Peter B. Lewis / Weatherhead School of Management building. Or our Frank Gehry building. 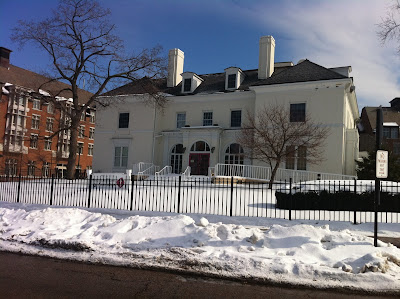 11:35. The Cleveland branch of the American Heart Association. It also happened to be both my cousin David's and my great-grandparent's house. Both my father and David's father were born in that house - and no, they were not brothers. Both lived there till our respective sets of grandparents moved into their own places. I have never stepped foot inside the building. 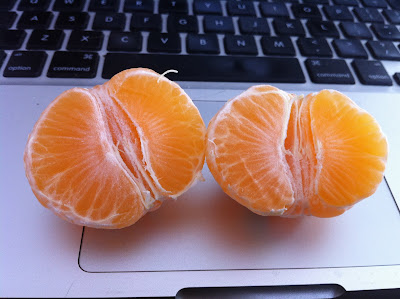 12:10. Clementines on an Apple. Part of my post-workout snack. One of the three I ate. 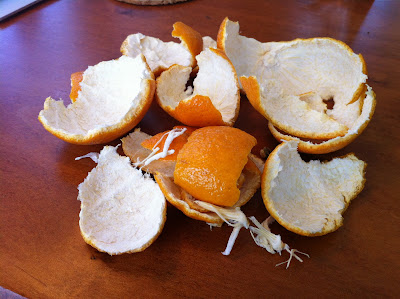 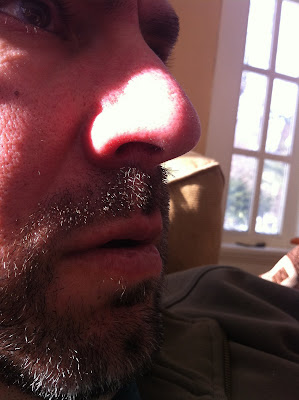 15:30. Pseudo Self Portrait on a lazy afternoon watching Wuthering Heights (Heathcliff, it's me, I'm camping......). I liked the light in my ever-greying beard. Not so much of the pores on my cheeks and on my big honking nose. 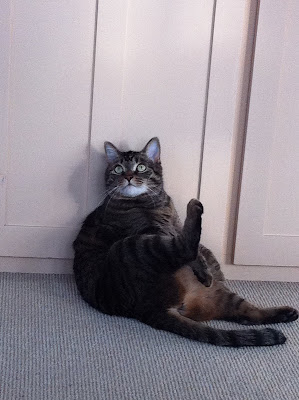 16:30. One more of Soph. She's not the lady you think she is. Another angle of her that just isn't flattering. Here she looks like a big cat, but she really isn't. 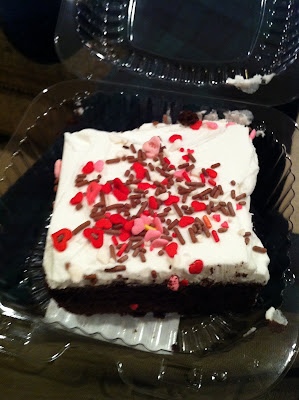 You know that healthy snack I had about 10 hours ago? I eat that, and workout so I can eat things like this. If I didn't do the first two things, I would still be eating the cake and such. But you'd read about me being carried out of my house after they had to cut a hole in the side of my house.

I'll be honest, I only ate about half of this. The rest will keep for another dessert on another night.

The sky is so intensely blue in that one shot. I like the self portrait too. Thanks for cluing me into chad's list. I've updated my post to reflect that.

I think close-up shots of whiskers are cool. I love the light play and the shifting angles. It's like a mini forest.

I've been reading you for about 2 years and you consistently mention you have a big nose. I have yet to see it. However, a human's ears and nose will continue to grow over the course of his lifetime, so you can rest assured that if you live long enough you may one day have that big nose.

Why is toothpaste BLUE when you want your teeth to be WHITE?

Great pics! Colorful! I take my 12 of 12 from my iPhone (and two other cameras.)

Your pictures are great as always, but your family's history is intriguing. What's the scoop on the beautiful old house and its occupants?

As all know I am a dog man but I love the photos of Princess Sophie. Now that you have mastered that photo basics it is nice to see the extra time you are taking on fluffing them.

Love the pic of the Frank Ghery building.

What will power you have... I would have devoured that little cake in about 30-seconds. YUM.

The Frank Ghery building certainly looks unusual... the kind of Marmite building that people either love or hate.

LOVE the first photo of Sophie, such a cutie!

Also well done on the fruit and exercise. That cake at the end reminded me that after planting 3 trees in the rain today, and eating an apple, I've probably burnt off the 2 Creme Eggs I also ate (and a few mini muffins), and possibly also a piece of rocky road! (we had to dig the holes, put the posts in, shovel lots of earth and mulch... it was a WORKOUT.

Sorry I’m a bit late commenting – here at last (and my own 12 posted too). Just a busy time!