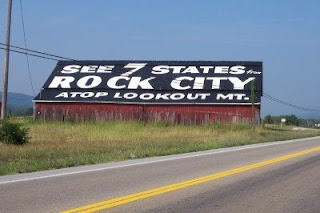 Lordy Lordy Lordy - it is nice to be in a place that isn't under ice or dark as can be - and that could even mean the middle of the day.

Yet, here I am, in Tennessee - but not volunteering like others are in the state...at least according to their slogan.

Here it is in the 50s! I left Ohio and it was in the mid-teens, streets still almost impassable and covered in ice. Our home was not left in the dark, but a few thousand were. ...and then there were the delays at the airports - mostly with de-icing, but man some people are stupid when it comes to boarding a plane. This is why I hate Southwest. ...there is assigned seating for a reason. No standing around wondering where to sit and hoping it's not a middle seat. Just do what the the damned boarding ticket tells you.

As it turned out, I got in over an hour late, which means my day started way later than anticipated.

But that said, I do like being in the Nashville office. It is more populated than the Cleveland one and it's nice to see a lot of interaction - not to say I don't really like the folks I work with in Cleveland. But TN just has a different vibe.

Not that I'm looking to relocate here. I don't know I'd mind it that much, but I don't know if it is something Denton would want to do - not that it is really an option for me anyways. ...nor has it been offered.

Travel safely!!! (Yes, I'm slowly but surely returning to the blogworld...how I've missed it so.)

On my first reading of "Here it is in the 50s!" I took it to mean the decade. That's when I saw all those Rock City signs all over the Southeast as we traveled to my grandmother's house. Does anyone remember those serial road signs from the shaving cream company?

Have a safe trip back.

Tennessee is a slice of heaven, although Nashville, to me, is getting a Yankee vibe.