I know people go "yayyy, four day week", but it's a lie.  It's just five days of work crammed into four. Not that it matters. I've given up the ghost of getting things done by the end of the day. My department likes me (you know, for the most part), but it's always busy as fuck - so, it does not matter how many days of the week there are.
Not complaining.  Just statements.
Now........on with the doggies and kitties. Well, kitty.  Singular. 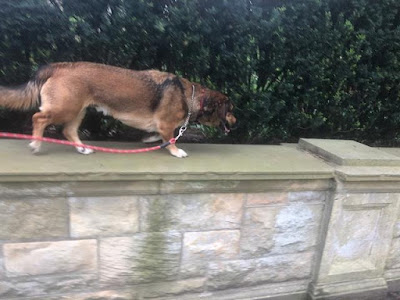 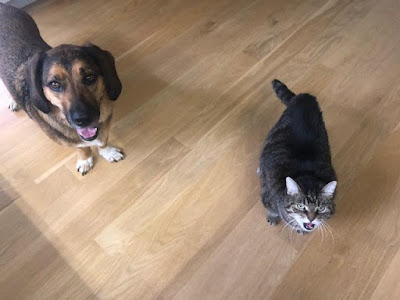 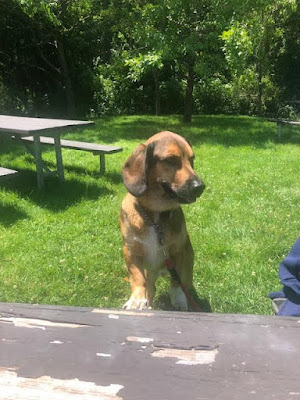 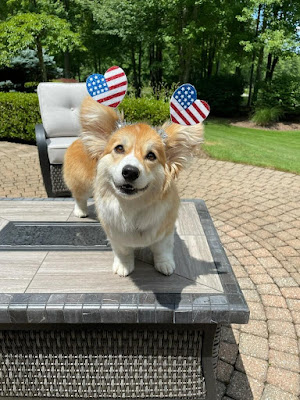 Bailey on the 4th.
....my sister has a problem. Bailey might have a bigger one....and it's my sister. 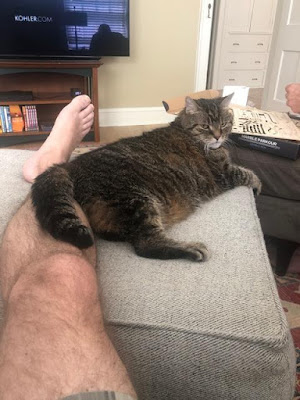 I love her tail on my leg. 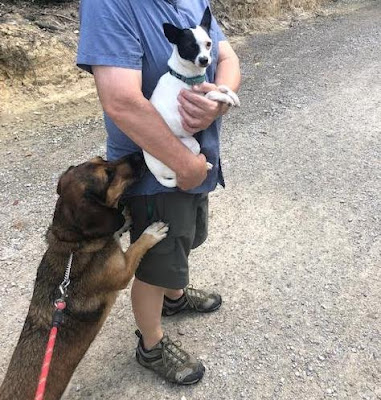 Good deed for the year!
We found a flight risk dog. 710 scooped him up and we carried him around the neighborhood until we came across his owner who was out looking for him.
Shep was not as curious about the dog as he was about why Dad #1 was paying heed to it.
The owner, on the phone at the time, kind of / sort of eked out 'thank you', but almost never breaking the conversation she was having. I'm thinking we should have kept him. 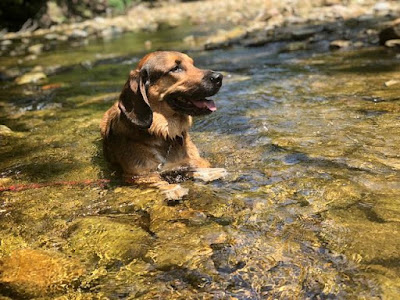 Shot of the week.
90+ degrees. One Chippewa Creek. One cool customer.

That dog got held by you all more in a day tha he probably gets at home in a year. Shep and any body of water makes me smile.

Lucky dog that he stumbled across some people who'd make sure he got home okay.

Good deed for the day, with weather like last week, it is tempting to join Shep for a swim.