We finally did it.  We made ice cream.

I know - two cooking segments in three days. What's that about??   ....and yes, there is cooking involved in making ice cream.  Well, heating simmering.....maybe not full-on cooking.

Mr. Short Attention Span Theater is taking "credit" for me not cooking, since, well you know, he done me wrong.  ...but that's not really the case. He does not hold that kind of power over me.

We got the ice cream maker about 18 months ago trying desperately to use up a gift card at William-Sonoma. Even that was on sale and barely cost a thing, so we were left with buying vanilla and such.

And even though last year was warm, it was wet. Cleveland was like a rainforest and we weren't feeling it was ice cream weather.

But like I said, it was in the 90s already we decided to go for it. And we kept it simple for the first time out - no crazy flavours or anything.  Just plain old vanilla.  But good vanilla ice cream can be really good. 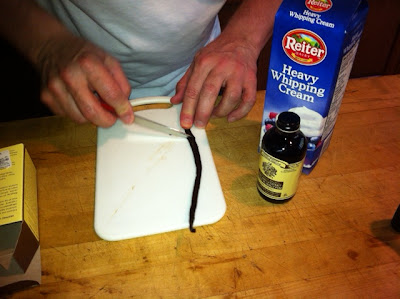 We started with a full vanilla bean. 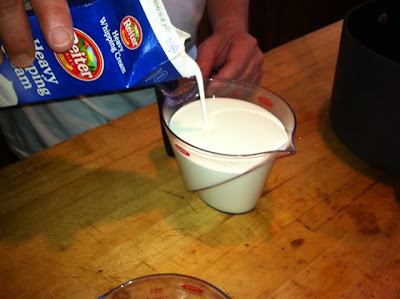 And of course heavy cream.  To us, 1% is like whole milk.  This was going to be interesting. 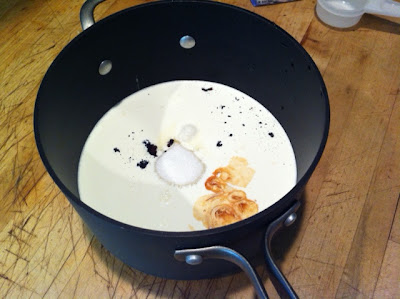 Heavy cream. Sugar. Vanilla and vanilla bean.  ...and then you heat (that's the cooking part!) 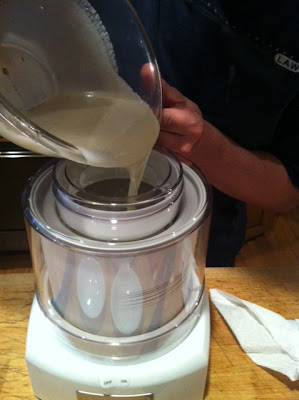 We chilled the mixture longer than needed, but we think that intensified the flavour. Then it was poured into the maker. ...and then turn on the power switch. 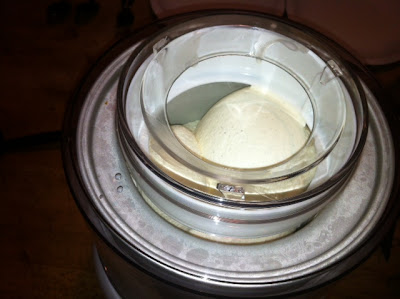 In about 15-20 minutes we had ice cream. Soft serve, but ice cream nonetheless. We put it in a container and threw it in the freezer and the next day we had a few scoops.

The flavour was great. I think the heavy cream left a residue on the spoon.  I am just not used to most ice cream probably having that heavy of a cream content. Or at least fresh.  You gotta figure it sitting in the grocery store.  I'm not sure how to deal with this treat when it's missing all the chemicals.

I need to figure out how to get toffee into the next batch.  I'll let you know how it turns out.

And so Mike knows I'm not holding any grudges, he's invited over for ice cream whenever he'd like.

Song by:  Foreigner
Posted by Blobby at 6:44 AM

(sings) you're willing to sacrifice our love

my granny used to make us ice cream

Vanilla is my favorite! And even more so when there's rainbow sprinkles on it!

And yeah, what's with no eggs?

Impressive!
I have a sorbet/sherbet maker, which is fun to do in the summer time. I hope you have fun making fabulous flavors.
Just don't do bacon.