A Song for You 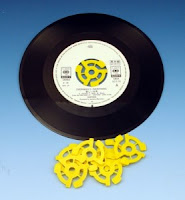 I've kind of been contemplating what makes a good song......or a bad one, I guess.

Glee did an episode of what they considered really bad songs and allegedly the worst of their worst was "Run Joey Run". I love how those "kids" thought it was so bad when the song was a hit 15 years before any of them were born - not that that really makes a difference.

I kind of went through rock and roll / pop music in its order when one of my first albums was the American Graffiti soundtrack - all that late 50s / early 60s music. I went up then through the Beatles and in the Stones and Jefferson Airplane (still one of my all time favourites!), before finally catching up with what would be music from my era. (Un)fortunately, this was the "Run Joey Run" era.......and "The Night Chicago Died" era.

Yes, none of them great, but none of them horrid either. A friend of mine, Josh, claims he doesn't think any music is bad. I can't quite agree with him on that one.

And sure, time changes things too when it comes to perspective - for better and worse. I know longer want to be the president of the I Hate Bob Seger Fan Club, like I did when I was in high school. Some of his songs to me now, don't completely suck. I kind of like "Turn the Page", "Beautiful Loser" and yes, "Night Moves". For the record, "Like a Rock" still blows!

Songs that are considered "classics" can still make me cringe though. "Hey Jude"? "Let it Be"? "Maggie Mae"? Thank you, no! ....and yes, we've all participated in the pleasure of naming the worst songs of all time ("Baker Street" by Gerry Rafferty. "C'mon Eileen" by Dixie's Midnight Runners. "Kokomo" by the Beach Boys - the list goes on and on....)

I'm sure there are songs that I used to think were great that now are now just wretched, but they're not coming to mind.

But there is another category that has been nagging at me a bit, which is kind of the reason for the post: mediocre music that I like. Or kind of / sort of like.

A few songs come to mind, but I'm sure there are dozens more. How could there not be? I've got 14,000+ songs in my music liberry and I've even written in my Record of the Month segments that the only thing worse than a bad song is a forgettable one. But the question kept coming back to "why do I kind of / sort of like them?"

Muse - "Uprising". I think in a weak moment I put it on my best list of 2009. But that's what their guitar hook did for me at the time - and to a degree, still. The lyrics are uninspired and the keyboard work just so-so, but the two (yes, two!) guitar notes every like 18 measures kind of makes up for a lot in a song that would never resonate any other way. And I wait for those two notes to be played.

Sarah McLachlan - "One Dream" (ohhhh, David J is cringing now!). Her songs have become banal in writing, singing and production. Yet there are two spots I really like the song. One is a line: "we find the strength I've yet to find". Part is phrasing, part is using the word 'find' twice in a sentence. That doesn't seem right, but I like it. The second is the last half of the song - her own backing vocals and arrangement are more interesting than her main vocals. Maybe it's the combo of the two, but it kind of works.

Shinedown - "If You Only Knew". It's a song from Spin class (same as Muse, actually). It is the most forgetful song of the bunch. One that could have been done by any male singer from Daughtry to Nickelback to.....well...you get the idea. But there is a line in the chorus where a certain progression of like eight notes and lyrical phrasing really works. It's not predictable like the other 1,000 notes. But those few notes always draw me in and that's what I wait for in the song.

I always wonder if, when making the record, an artist realize where once they could have been creating art if they put their minds to it, that now they're just cranking out product. I wonder if they even know those little snippets they throw in there actually make the song borderline make or breakable. ...and if so, why not take the time to make the song more like those few seconds?

All rhetorical here folks. I'm just babbling. But it's been bothering me since Spin class where once again, I heard two of these three songs. Like I said, I'm sure there are others, and I'm sure you have your batch too. We all do. Right?

Song by: Gram Parsons
Posted by Blobby at 6:56 AM

Tony Adams was waxing rhapsodic recently over "Wildfire," one of the worst songs ever written. Gah. But I LOVE Bob Seger, so goes to show you just can't always agree. *hairtoss*

Worst song ever at the time, Come On Eileen by Dexy's Midnight Runners. Now that I only hear it once every few months it is like a Seinfeld episode where George finds it attractive that the woman hates him so much. BTW, when SM piano has keys made out of cat claws.

"Baker Street" one of the worst songs ever? Kind of hard to take the rest of your post seriously after that.

Many consider this auditory assault, but I kinda like it...