I Kissed a Girl

First off - I'm not cutting Joe Biden any slack. Or much. And no longer do I know where the "line" is.  By the woman's own admission, it was 'inappropriate' but not 'sexual assault'.  To me, that sounds reasonable, but you know, I wasn't there.

Now, I don't think Biden should run for president. I've said it before, and well before this came out. I don't think this type of instance should stop anyone from running. Sexual assault?  Sure. And unplanned or unwanted kiss?  Meh.   If there was tongue, it'd be less of a grey area.

I don't think I'm making this up when I say there are different standards for the GOP and DNC. 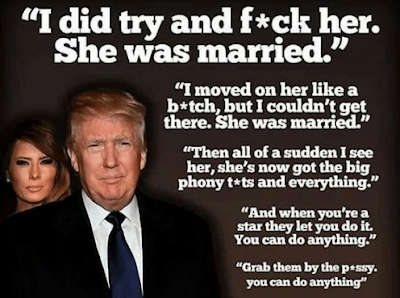 For a Democrat, you're being told to step out of the race or quit your job in the Senate.  If you're in the GOP, you're elected to the highest office in the land, or a provided a lifetime appointment on the Supreme Court.

But yes, I went to FOX.  Since they were so headline-y about Biden, I used their own search function and typed in 'pussy'.

The only thing that came up was "Pussy Riot". Lots of those references going back at least to 2012.  I stopped seven years back.  But naturally, the hypocrisy of the Biden story with a kiss versus a brag of a sexual assault is lost on no one but Fox.  And BLOTUS. And the GOP. And those who continue to vote for the GOP knowing all of this.

So Joe has two accusers.  BLOTUS had, I believe, dozens.

I don't even really know where to go with this - in blog form. #metoo isn't #metoobutnotifhesarepublican.  Except, it is.

lucy flores should have said something WHEN IT HAPPENED, not now.

that being said, I love uncle joe, but he's too old. as is bernie. we need young blood in there, like mayor pete. or kamala harris.

Why trust or support any of them - rep or dem? Do you think one party is more our friend than the other?

Forget the women that accuse him. Keep your young daughters away from him. He has every tendency that convicted pedophiles have. Observe here: