There is an insurance ad (Progressive?) where some guy on a Jeopardy-like show and has won for weeks or months on end, answering every question, much to the annoyance of the host.

Art imitates life, so they say.  Now there is "James" who is on an actual Jeopardy-like show. He answers mostly every question, much to the annoyance of the other contestants and some of the tv watching pubic. 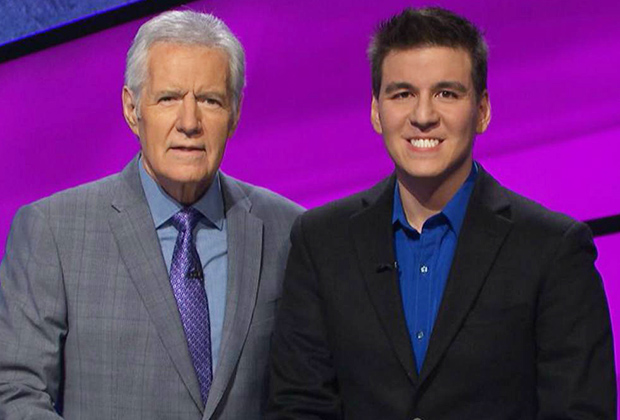 looks like donny osmond. EW! no one likes a show-off!

I think he's Rain Man, personally. There's something kind of off about him even when he's not pseudo smiling.

It feels like he is going to bite me.

What the hell? He looks like he's seething mad.

Deedles is completely correct. I can imagine him with zero friends.