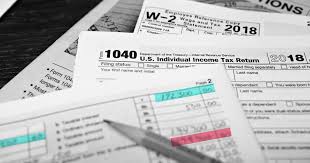 I'm torn on this, if I'm being honest.

Of course, who doesn't want to get a tax return? Everyone - right? But in theory that doesn't happen. It can't happen, nor should it.

BLOTUS' tax changes did exactly what they were supposed to do..........for him and his "friends".  Give them huge cuts while the people he promised it would help the most aren't seeing anything in ways of returns.

If Facebook is any indicator, no one in my feed is at least boasting of a return. Quite the opposite. I get the complaints. I also get the rationale why people who are getting a return don't crow about it, though one friend did mention he's getting a whopping $77 back.

Oddly, with BLOTUS' plan, I didn't fall into his rich friends category or the "working class" who were supposed to, but didn't, get a refund. We are probably paying more than we ever have, which is the being torn.

Of course I don't want to pay that much, but I'd like to say we're paying our 'fair share'. And if it supports the infrastructure, schools, etc - I'm ok with that.  The issue I truly have is the 'fair share' part. Any number of people who are in that other 9% are skirting this - and are seemingly ok with it all.  And they are the first ones who want to MAGA........just not on their dime.

See how that works?

So, we will write our checks (yes, state and federal) and be done with it. That's more than I can say for BLOTUS.

Email ThisBlogThis!Share to TwitterShare to FacebookShare to Pinterest
Labels: Taxes

After getting refunds for many years, and purposely designing it that way, I, too, had to pay the government this year. Like you, I don't mind paying my share, despite being retired and on a fixed income. But I heartily dislike the sneaking suspicion that those much better able to pay have had their share greatly reduced. Carol in Philly