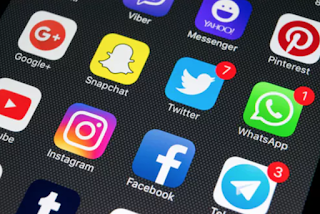 Social media is a "funny" thing.  I understand it, but I don't get it - if that makes sense.

I guess blogging is social media, though I don't put it in the same category as Twitter, Facebook, Instagram, etc. I use all those things differently - if at all.  You see my blogging here. My IG has artsy-fartsy pictures I try to take, Twitter is for viewing, not participating, and Facebook actually has more nonsense than this blog.

With the latter, I rarely post political things - as that just devolves into flame wars (remember those, when there were "message boards" circa 1992???).

I can no longer find the tweet (I think it was) that was posted on Facebook, but it sums up the app perfectly - and of something I am guilty of here and there:  As Notre Dame burned, people (moi aussi) put up their pictures of the cathedral.  The tweet accurately read {paraphrasing}:  when did this tragedy become about you bragging about your trip to Europe.

Over this last weekend, an acquaintance of mine died. Cut to the chase: he committed suicide.

We couldn't call each other friends, and while he'd be nice to me here and there, more often than not, any little thing I said would get him in a huff. I never really took it personally because, well, we weren't friends and I had to believe that I wasn't the only one this type of interaction took place.   I could totally be wrong about that too.

Oddly, while a little sad, I wasn't horribly surprised either.

It was the social media (read: Facebook) responses to his death - and I'm sorry in advance - that had me rolling my eyes.

Of course, there were the "so sorry you passed". Mind you, it's possible most people didn't know he took his own life. But I watched is start to creep the the "me", and it went beyond "I remember when...." stuff.

It got to the "I talked to him, I was dealing with other, stuff, WHY couldn't I have saved him......" to the point where it was no longer about the victim.........except now there was a new victim.  Everyone jumping in to absolve this guy.  Hence the rolling of my eyes.

Or the guy who started his post with a remembrance which quickly went south. He chided others (no names) for him having to find out via social media of this death......and then signed off with a FUCK YOU ALL !!!!

My first thought was these people were acting out in grief - which might be partially true. But deeper down, it became a the "look at me" culture. My opinion, of course.

I had nothing to contribute to any of the conversations, not even the insincere "condolence", as who would I even give it to.  I just read for a while and shut down the laptop.

I need to do that more.

Song by: Cage the Elephant
Posted by Blobby at 12:02 AM

not a member of ANY of those "communities". and never wanna be. their leaders are in league with the dump. their leaders allow hate speech to flourish. I'll stick with my blog, thanks.