Another installment of a disk I have enjoyed over the years. I'm trying to keep the Record of the Month posts to be fairly new releases. Classics are going to be ones that are at least 5 years old. 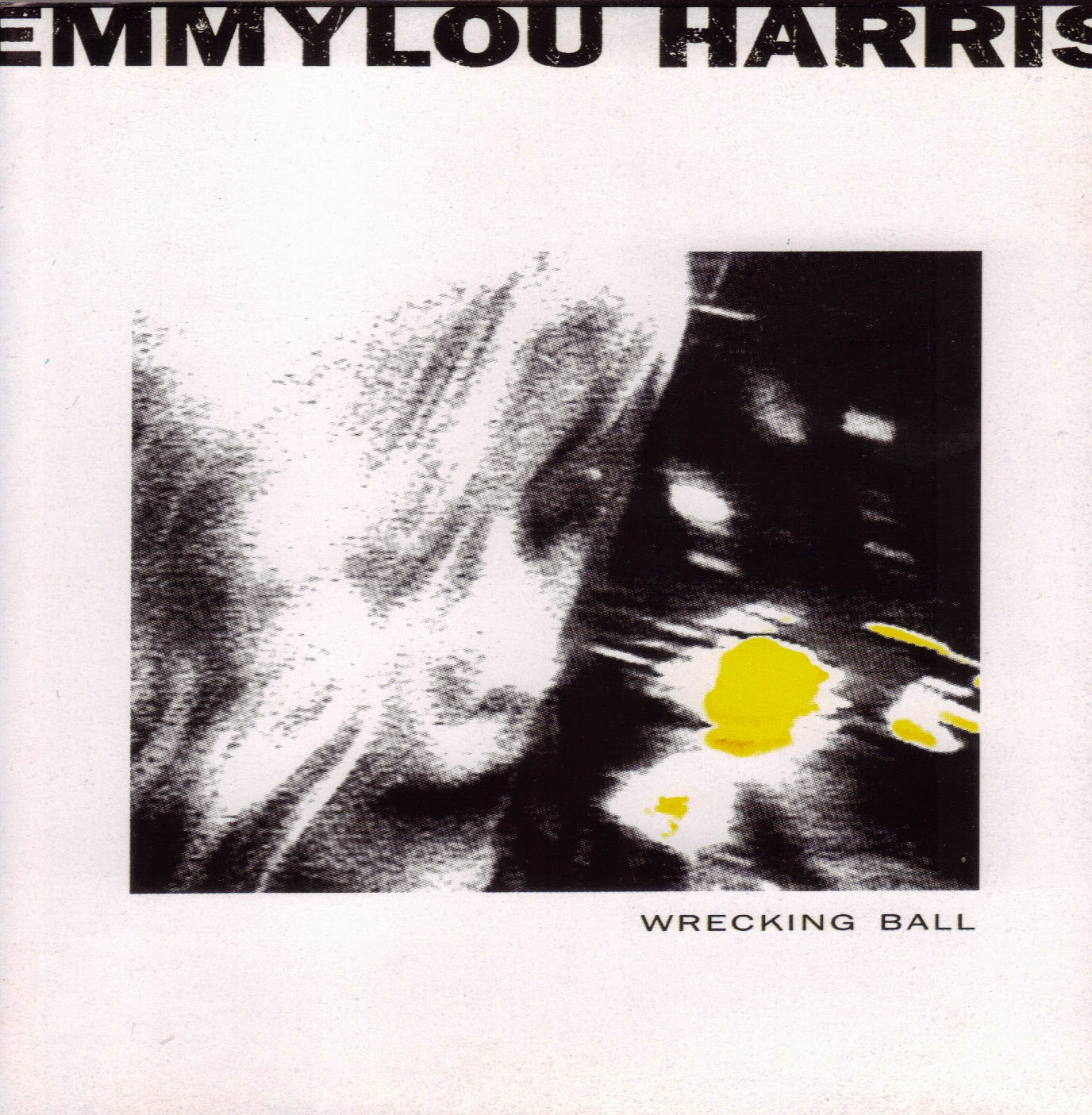 I think we can all agree that with my Classic selections, I'm not really looking to pick anything I don't like, right?

And while Emmylou Harris rarely puts out a mediocre album, I'm not sure she's ever put out a better album than 1995's Wrecking Ball. 12 songs and not a stinker among them. Hell, there's not even a piece of filler.

I had always like Harris, but admittedly, this was my first purchase of her solo stuff. I had a few disks where she was with Gram Parsons or even with Dolly Parton & Linda Ronstadt, but I never shelled out the moolah for her stuff. I don't know why I did either - at least now. I just remember taking it back to my office at OSU and playing it over and over (on my Sony Diskman!).

I cannot say I was overly thrilled with the thought of Daniel Lanois producing, as I thought he kind of put U2 on the road to ruin, but I gave it a shot and I'm glad I did. His work isn't bad, you do hear elements of his U2 work, but it's not as in your face.

While there might be country elements to the disk, you can't really call it a country album. It almost defies categorization. If anything, it's more of a religious themed disk, but that's not entirely accurate. However, with lyrics like "when that trumpet sounds...." and most anything from Julie Miller's "All My Tears (be washed away)", you can see where it has some spiritual references.

There are no Harris compositions on this disk (I think she co-writes one), but that's not where her greatest strength has ever been. She is an a unique vocalist, but a better interpreter of other's music and lyrics. There are exceptions of course. I'm still a bigger fan of Lucinda Williams' "Sweet Old World".

She covers Dylan (Bob, not Thomas), Hendrix (Jimi, not Nona), Gillian Welch - and while Welch also has a song titled "Wrecking Ball", the title disk is a cover of Neil Young, in which he does backing vocals.

But sonically, the musicians are great and have an incredible sound and well, Harris always sounds good, but even here she sounds more original.

As I was typing this and as I've been listening to it lately, it is possible that this could be one of my Desert Island Disks.

If you have not heard this, I highly recommend you pick it up.
Posted by Blobby at 3:58 AM