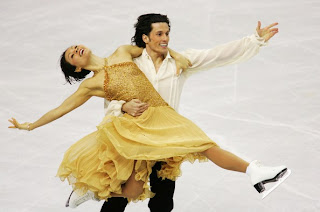 I'm not a foodie. Not by a long shot.

As food goes, I can be pretty limited in my likes. I am not as adventurous as many people I know. I am ok with this. Some of my limitations arise from what the food actually is. While I'm not a person who refuses to eat 'food with a face', some things just don't seem right: veal. fois gras. oysters.

Many times it is a tactile thing for me. Certain foods just feel wrong eating. Not like the above wrong, but the feeling of biting into it and chewing it. Many times it has nothing to do with flavour. Mushrooms, olives, squash by products and most kinds of beans/peas.

I love most kinds of nuts - but I don't like them in (most) foods. For some reason, chinese food is the exception. I'll eat a Milky Way bar (albeit rarely), and I love peanuts - but I'd have to be stranded in my car that is buried in a snow drift, and be on day 6 when I found a Snickers in the glove compartment before I'd ever eat it. And that is only IF I were hard pressed.

All of this makes menu and/or restaurant selection tricky......at best.

Sometimes I almost get browbeaten into trying things. I hate that. Sometimes I will try things due to over zealous recommendations on food. Sometimes you're stuck at a restaurant where you choose the lesser of evils.

Last night was a culmination of those three things. I went out to dinner in DC with a physician and his wife. It was a really nice setting - thought it won't sound like it. Sitting directly on the Potomac, it sat about a half mile from National Airport. We could sit and watch planes take off and land - and as the sun set, the lights from the runway and the planes were sort of magical.

The fare was limited to begin with. Oyster pie? Not thanks! Veal cheek? Not that I would have gotten it anyway, but I assumed it was the butt cheek. No. It was the face cheek. Lordy!
I was about to order the flounder. How much could they really fuck that up, I wondered to myself.

But Melissa (the wife) raved and raved about the Skate Wing. How she couldn't describe the taste, but how it was one of the best things she had ever eaten. She claimed it tasted like nothing else. I took the bait.....pun firmly intended.

Truth be told - I didn't know what skate or skate wing was. The waiter said it didn't have a fishy taste, so I thought it was...well......fish. 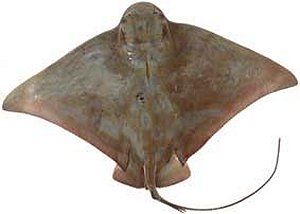 Never in a million years would I have eaten, let alone ordered, this. Had I only just known or axed. I will say - it wasn't like anything else I've ever tasted. But it also was not one of the best things I've ever eaten.

I think I'll just stick to burgers and fries for a while.

I was wondering how you were going to tie the post to the title. I don't know if I could eat a skate, seeing as I have swum with them and petted them. :) Though oyster pie and veal cheek don't seem all that appealing either... Were burgers and fries on the menu?

I love the picture I have in my head of your face when you realised what you were eating! LOL

Skate's not my fave - it's best prepared in a very very very spicy asian manner.