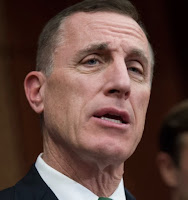 If you want to know how far we've fallen by way of our politicians, you need look no further than resident resigned in disgrace dirtbag Tim Murphy.

Yes, he urged his now extremely bitter side piece to abort their might-be baby. And yes, he drafted anti-abortion legislation.  So the word 'hypocrite' has come to mind......and to anyone who has a social media account.

“You have zero issue posting your pro-life stance all over the place when you had no issue asking me to abort our unborn child just last week when we thought that was one of the options,” said she.

His response?  "I get what you say about my March for life messages. I've never written them. Staff does them. I read them and winced. I told staff don't write any more. I will."

He's a fucking pussy all the way around.

Now you really have to go the extra mile to be forced into resigning. This from a party whose "leader' is the biggest pig to women already. He is a guy who's done much worse than Tim Murphy, yet no one is forcing or even asking him to hang it up.

....and people want to talk about hypocrisy.


On a related note:  why wouldn't you want to abort his baby?  I mean, honey, did you look at the guy who was fucking you?  What were you gonna do if that kid came out looking like him?


Song by: Dashboard Confessional
Posted by Blobby at 12:09 AM

ugly mofo, ain't he? bet his junk is not much better looking. PIG!

And yet the GOP minions will still vote this party of adulterers, hypocrites, gun nuts, and anti-healthcare tools.

Just a little dissention here, my 'fucking pussy' (aren't they all?) takes umbrage at being compared to this, this, turd corn! That is all.

He so reminds me of a turtle. With that little head sticking out of his shell.