I Want Your Sex 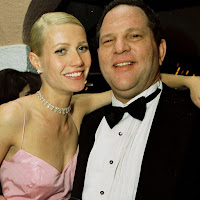 I can't get very worked up over Harvey Weinstein and that whole situation. Who in their right mind didn't think (let alone, know) he was a pig. Just look at the guy.

Honestly, I don't know how anyone forces oral sex ON you. I would have totally gotten it if Harvey coerced some would-be ingenue to go to her knees for him. But to force someone to take off their panties (assuming they had some one, of course) spread her legs and lay there while he went licking looking for fish tacos?

I guess it's how bad you want the job.

I even get Ashley Judd not speaking up at the time. I mean...........has she worked since that thing with Tommy Lee Jones chasing her?  The Female Fugitive.....or whatever it was called?  I totally get she could not squeal because she didn't know where her next meal was coming from.....and even if she did, chances are Wynonna was gonna scarf it down anyway.

Rose McGowen?  Has she worked since being Shannon Dougherty's (sp....clearly)'s replacement on some show about sister witches?  I mean, she sucked right.....just not in the way Harvey wanted her to. But his blocked sexual advances can't be all her problem not getting jobs.........there has to be a shred of talent, right?

What I have zero tolerance for is Angelina Jolie.  ...and not just because of two - count 'em two! - Lara Croft movies.

I get that the little people....the nobodies...didn't speak up about sexual harassment, but Jolie has...or had....some clout in Hollywood.  She is / was a frickin' ambassador to the UN who would happily inform the public on atrocities and sexual abuse of certain lands.

She's part of the problem. Angie should and could have said something.........and she didn't. I guess it's only ok to speak up if it's female circumcision.

The same could be said for Gwenyth Paltrow, but............let's face it, she has less clout than Ashely Judd.  There. I said it.  Gwinnie was happy to take whatever Harvey dished out while he was buying her for an Oscar.  Now that there will never be a Shakespeare in Love II: Electric Boogaloo, (or probably any other movie that's not an Iron Man franchise) she can finally say something. Maybe she now has PHSD (the H is for Harvey), which is why she's a total fucking loon now.

I know a few news outlets are chastising the Clintons and Obamas for not making a statement.  ......about what?  So, Weinstein had fundraisers for them. Lots of scummy people have lots of fundraisers for lots of politicians. What kind of statement does one expect them to make? I'm guessing neither Hillary or Michelle were hit on by him. Are they supposed to have inside knowledge that he did do crap to women in the privacy of his office, hotel or hot tub? Until four days ago, the women hadn't said anything. Are the Obamas and Clintons supposed to return the money from previous campaign fundraisers?

Like Ailes and O'Reilly, old Harv is out of a job.....yet still rolling in cash. I'm sure he'll be fine....unlike some of the women he inflicted himself on.


And let us not forget Terry Crews, who also says he was harassed and groped by a Hollywood exec. 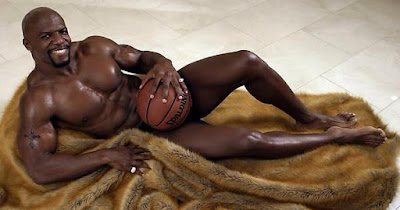 Song by: George Michael
Posted by Blobby at 12:12 AM