Cold as it Gets 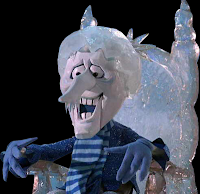 Yesterday it allegedly got up to 16 degrees, but that doesn't include wind chill, which took it to the negative numbers - not that Celsius crap either. Today 6 is supposed to be the "high" - which seems to be the wrong term.

Yeah, I'm scheduled to have my Spin class and an hour of weights, but let's see if I get my non-icicled ass out of the house.

I opted to work from home yesterday because I wasn't going out in -4 weather if I didn't need to. And I didn't.

Hell, we almost skipped going out to dinner to celebrate our 26th anniversary. (yeah, I buried the lead.) We will still celebrate this day even though now it's not our wedding anniversary.

Anyhoo, we did end up going and were glad we did, instead of bundling up in sweats and making a pizza or something - which would have been so easy to do. But we went to the old Baricelli Inn, which is now the Washington Place Inn.

The Baicelli was one of two 5-star places to eat in Cleveland. They shut their doors over last summer, leaving us with zero 5-stars on the AAA or Michelin rating guide. I guess that's ok with me - 5-star is too frou-frou for me anyways.

WP (as I'll call it, because I can) has some nice space and really good food - and a lot lower key fare, and atmosphere...........I'll assume. Oh, and our waiter, Arturo, was what Jessica Stein calls sexy-ugly. Ugly would be a very strong word, but he wasn't classically handsome, but still nice to look at and listen to.

So for the second time in a week, you get to see what I ate for dinner. 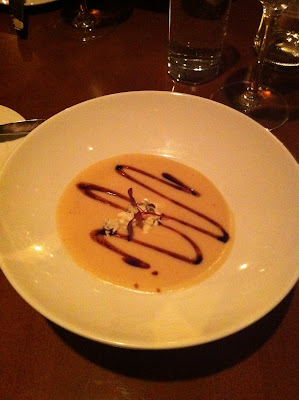 Cauliflower Bisque - with balsamic drizzle and a little blue cheese crumbled in the middle. Very well done. That was the appetizer. 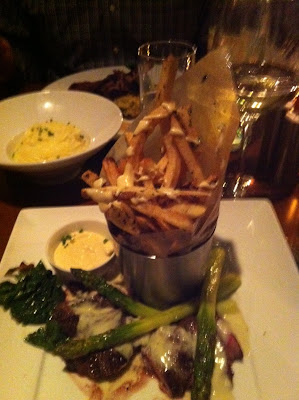 Hangar Steak - medium rare. Butter/blue cheese sauce with it. The asparagus was good. The fries were ok. I don't like rosemary as much as Ina Garten thinks I should. The taste is ok, but I honestly don't think I like the smell that much. I wasn't wild about the aioli and it didn't seem to work on them. Denton tried them though, and he liked them. 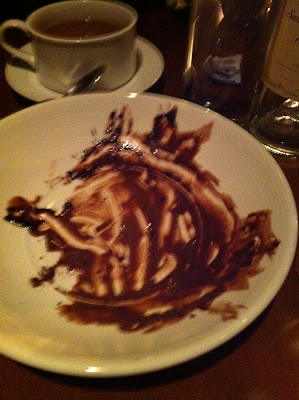 This was a homemade brownie and two very very tiny scoops of chocolate ice cream. We shared - so it's not like we each got a dessert. I forgot to take the pic before we dug in.

We also killed a really good bottle of pino grigiot - one of the best I have ever had. But it had been a pretty bad work week for me, so I "needed" the alcohol.

So yeah, 26 years. It's nice that we've made it this far. We just might go the distance. The day wasn't horribly special, as I didn't even bother to shower until right before dinner. I didn't gussy up for him and no presents were exchanged. According to the web the gift of this year is: original photographs.

Song by: Patty Griffin
Posted by Blobby at 6:48 AM

Happy Anniversary Blobby & Denton! One more notch in your belt. Or something :-)

French Fries at a fancy restaurant? That's twice in one week. Were they at least listed at "steak fries" on the menu? That's better for you psychologically.

Congratulations on 26 years together. Wow! The food pics made me hungry!

Happy anniversary, you guys. This post warms up the frosty day.

Were you teenagers when you got together? It would be fun to see a shot of the two of you at "the beginning" but I know you never put Denton shots up. Pooh.