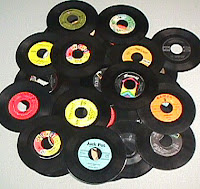 My new weekly feature of music I like, even if the videos are sub-par. I'll try to find cool videos as well.

Today is the Mary Chapin Carpenter's "I Have a Need for Solitude".

I used to be a big fan of Carpenter's over the last two decades, and her style has not changed all that much. My tastes might have, because, while I still love the sound of her alto, her last two or three albums have bored me - more than just a little bit. She used to mix it up in tempo and such, but now it seems like one continual song................for three disks.

I stopped buying them.

That being said, this track is off her latest disk, 2010's Grammy nominated The Age of Miracles.

I like the track a lot, but as I've sampled the others from the disk, I don't like any other song enough to purchase the entire album.

Still, I do like her voice and the song is nice. It makes me want to go back and listen to some of her older music.

She is looking homely.

I discovered her only recently. Apparently Someone's ex used to like her a lot, but he got the CDs in the 'divorce'. Hedoesn't have much desire to hear them, so I am trying them out.

You're right, this new song sounds like the last one I last heard years ago. Still, it's nice relaxing music!

@Jim - I think I like this song bc it IS like her older stuff. Her newer stuff is, and i know it can be a fine line - boring.

@Spo. I can help navigate you through some really good stuff of hers if Someone won't.