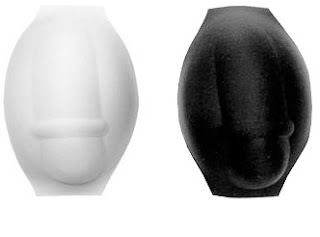 I'll be honest, I didn't know what to do with the little tidbit my cousin, David, provided me when it came to a story on Andrew Christian underwear.

I still don't know where I'm going with this as I begin to write.

Was it fortuitous that Tony also happened to blog about it the other day? I feel like I'm behind the....ummm...curve....to even know about this underwear line - considering David isn't gay (not that one has to be to wear undergarments, or appreciate the article) and Tony doesn't normally like to wear designer briefs, or so he has mentioned.

Unlike Tony, I'm not on mailing lists for this kind of stuff (praise be!). I guess that is why I keep David around. He provides me all the info I need on Jeggings and underwear.

I get the appeal for the less fortunately endowed, but these briefs boast to add around 2 inches to a guy's frontal measurement.

Sure that might be good for picking someone up, but one would guess that someone is bound to be disappointed once the belts hit the floor. They're not heading back to one or the other's apartment based on your sparkling personality or renowned wit. Trust me on this.

Going based purely on myth, David wondered why the white and black ones were the same size. Don't judge - he was only joking. His second observation (which was actually my first), was the mohel.

His workmanship seems a bit shoddy here. Is the concept that these undies fit the bris and non-bris crowd? Even those with the Cabriolet cut?

I suppose I'll stick with whatever they sell at Kohl's or Filene's Basement.

You have me howling with laughter. They are trying to appeal to the widest possible audience,hence the non-specific mohel situation.
Will this lead to thoughtful analysis that results in cock blocking?

Perhaps you could start modeling them with the Jeggins or even a few of them for a more syfy look.

I will wait for the codpiece to return to fashion.

HA! Love the part about the mohel. And thanks for teaching me how to spell it. Always thought it was "mole." But, what can you expect from a goyem? (surprised? :-) )