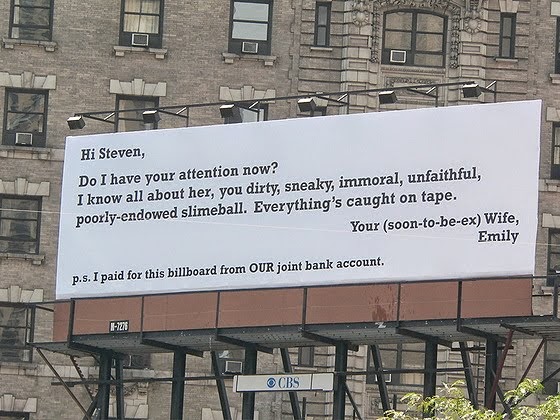 It seems a number of my straight friends or colleagues are getting divorced.

I can't say I'm friendly with them as couples, as most of these are people I work. When I do socialize with them outside of work, spouses and partners rarely or never attend. I'm ok with that.

Not that I have lots of straight single friends, but I can only count on one hand the number of weddings I've attended or been invited to in the last decade. However, I can count the same number of splits on the same hand just within this last 12 months.

I swear, these guys telling me they are getting divorced is something like coming out. It can be an awkward part of their life that they didn't want anyone to know about, let alone how to tell them. And then of course, on the receiving end, there isn't anything to say that doesn't seem out of place.

One or two of them, it is like an 'oh!'. But on another two, it was like, 'thank g-d that's over'. The wives were absolute shrews (my apologies to shrews), you could just see that they were not meant to be a partner for anyone. Though marriage is supposed to be equals, this was clearly not the case with these couples.

I find it ironic that the gay couples I know of roughly the same age, have been together much longer than the straight ones divorcing. 10, 15, 20+ years. Even we passed another year, this last week.

So next week, I'm going out for drinks with two of the now, or soon-to-be single guys. Separately. At least there will be alcohol.

g-d, I hope they don't want to hit on chicks!


Song by Tammy Wynette
Posted by Blobby at 1:19 AM