Yesterday was one of the biggest highlights of the last few weeks....or possibly months....or even my entire life.

First, Denton and I were out to lunch at the Great Lakes Brewing Company (and no, I did not drink). It was just nice because it was 80 degrees and we sat outside for lunch. In April. In NE Ohio!!!

Both of us were traveling this last week. I can't explain why it feels so much different when we both travel (separate places) than when one of us is at home, but it does. Possibly something with the adage of someone keeping the home fires burning? So it was nice that we were both physically together after almost a week.

I've mentioned here numerous times regarding my low self-esteem. I don't care who you are, everyone wants to feel they are attractive to someone. But it is never a huge pick-me-up when throughout your life, the only two people you've ever been compared to physically is a 'young Anthony Perkins' (when I had hair) or the guy who plays Dr. Mark Greene on ER (when I didn't).

Oddly enough, twice in one week, someone asked me 'has anyone ever told you that you look like a young Anthony Perkins?' The first time, I figured the guy was a freak and just kept walking. It was harder to ignore when my English 160 instructor stopped in the middle of class to utter the same inquiry. ....and on top of that humiliation, I had to say, 'yes......yes they have'.

And then twice in one week, decades later, I got the similar Mark Greene comments. The first time I didn't get it, as I had never seen the show, nor knew the character. The second time I was at a stop light when two guys in the next car go, "hey, it's Dr. Mark Greene", to which I responded, "FUCK YOU!!!!" before zooming off. (I've since been compared to that character two other times this last year!)

So why so giddy now?

As we're sitting, eating our meals, two couples walk by with the hostess to be seated. One of the gentlemen, stopped turned around and came back to our table. I'm not sure if his comment or my response was more gay (though I'm 99.99% sure he wasn't): 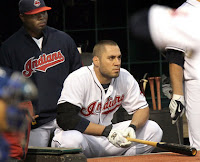 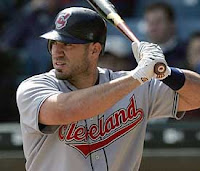 Yeah, I'm pretty sure I won the queer part of that conversation.

Oh, to even somewhat resemble Pronk would be too much to hope for. Though I don't think even for a second I took credence in the man's well intended comment, Denton could see it differently in my eyes.

"You're going to blog this, aren't you?" (damn straight!) Then he wondered aloud if my head would ever be small enough to get out the door - but since we were eating outside, I assured him it would.

Like I said above, everyone wants to feel they are attractive to someone. But my lack of esteem wouldn't really ever let me believe I am in a Travis-like world.

And the man had no idea what beast he could have been unleashing, or knew I thought Travis was woofy, unless of course he has been reading my blog and knows of my years of infatuation with Mr. Pronk (yes, that is MISTER Pronk to you!). Maybe he's just been waiting to run into me in hopes of tormenting me in some twisted twisted way.

Either way, I can live with that.

And a young Anthony Perkins ain't too bad, either.

He was hot then (yet decided gay looking).

I believe RJ just called me hot......or gay looking. Or both.